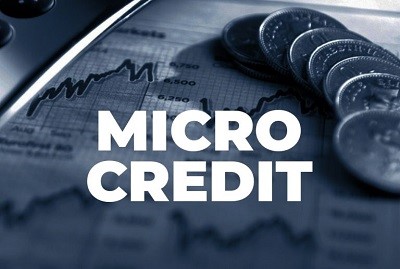 The Official Liquidator (OL) of the 39 insolvent microcredit companies whose licenses were revoked by the Bank of Ghana (BoG) has announced modalities for the payment of the outstanding fixed investment holder’s obligation:

IN THE MATTER OF THE BODIES CORPORATE (OFFICIAL LIQUIDATIONS) ACT, 1963 (ACT 180)

Pursuant to Section 7 of the Non-Bank Financial Institutions Act 2008, (Act 774) the Bank of Ghana revoked the operating licenses of 39 insolvent Microcredit companies on 31st May 2019.

The Bank of Ghana (“BoG”) in accordance with Section 38 of Act 774 has appointed the Registrar General to initiate proceedings as Official Liquidator of the affected Microcredit companies, to wind up the companies by way of Official Liquidation

The main duties of the Official Liquidator are:

As you may be aware, the asset recovery phase of the Liquidations is underway but given the slow pace of realisations arising out of the poor quality of most of the assets of these affected institutions, the Official Liquidator is compelled to undertake a detailed assets tracing and forensics exercise in collaboration with the Law Enforcement agencies, and the successful outcome of this exercise is likely to take some time to achieve. Pursuing this recovery route therefore, the indebtedness of these affected institutions to their body of creditors, including Fixed Investment Holders are not likely to be met any time soon.

In line with Government’s commitment to protect Investors’ funds and to shore up public confidence in the financial system, Government has made available to the Official Liquidator of the 39 affected Microcredit institutions and the Receiver of the 347 Microfinance and 23 Savings and Loans and Finance House companies whose licenses have been revoked, a combination of cash and bonds totalling approximately GHS5bn to fully settle outstanding  depositor/fixed investment holder claims of these resolved institutions as well as of the 39 Microcredit institutions in official liquidation.

Modalities for the payment of the outstanding Fixed Investment Holders’ obligations effective Monday 24 February 2020 are as follows:

A combination of cash and bonds will be used to settle fixed investment holders’ claims. It is expected that with the above funding arrangement comprising part cash and bonds, about 97.6% of individual claimants in number (including individual depositors in the resolved Microfinance Institutions and Savings and Loans and Finance House companies) will be fully settled in cash. Other categories of fixed investment holders including corporates will be fully settled through a combination of cash and bonds.

Stakeholders may direct all concerns on the above liquidations to the Official Liquidator, Registrar General Department, Ministries, Accra or to Tel: + 233 (0) 242 439 441

DATED AT THE OFFICES OF THE REGISTRAR GENERAL’S DEPARTMENT, ACCRA THIS 21 DAY OF FEBRUARY 2020