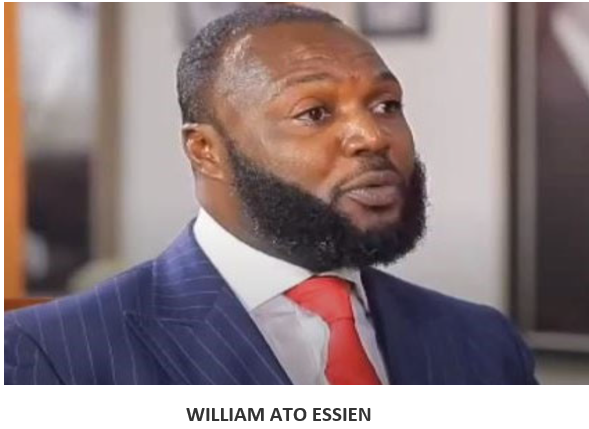 The Founder and Chief Executive Officer (CEO) of defunct Capital Bank, William Ato Essien, has renewed his plea to refund part of the monies he allegedly stole from the bank leading to its insolvency.

His lawyers have once again written to the Office of the Attorney General to resume negotiations under Section 35 of the Court Act (Act 459, 1993) which allows an accused person who “admits the offence and is willing to offer compensation or make restitution and reparation for the loss, harm or damage caused.”

This is the third time he has taken this step hoping to pay part of the monies as part of the effort to reduce the number of charges for which he is standing trial before an Accra High Court, together with two other persons who worked with him in the bank.

Ato Essien was supposed to open his defence in the case yesterday, but appearing before the trial court, Baffour Gyau Bonsu Ashia who held the brief for Thaddeus Sory, counsel for Ato Essien, told the court that they have sent a letter to the prosecution to resume negotiation in making the refunds and have “received a response from the prosecution indicating their willingness to afford us the opportunity.”

Counsel, therefore, prayed the court to give them the opportunity to resume their negotiations with the prosecution, suggesting that the court should give them about four weeks instead of the two weeks suggested by the prosecution.

The prosecution led by Marina Appiah Opare, a Chief State Attorney, indicated that the prosecution received the request from Ato Essien to resume discussion and said the AG’s Department is not against any attempt to refund part of the money, and are willing to resume such a discussion.

She, however, told the court that “the said discussion we hope should not take more than two weeks and therefore, if this court is minded to grant an adjournment, it should be two weeks.”

Addo Attuah, counsel for Fitzgerald Odonkor, who is on trial alongside Ato Essien, on his part, told the court that although the issue at hand did not concern his client, he thinks the four weeks requested by counsel for Ato Essien is reasonable based on his personal experience with negotiations under Section 35 of the Courts Act.

The court, presided over by Justice Eric Kyei Baffuor, a Court of Appeal judge sitting as an additional High Court judge, in his ruling, said he has considered the fact that Ato Essien was desirous of reaping the benefits of Section 35 of the Courts Act and has balanced it against the need not to needlessly delay the case in which he is supposed to open his defence.

“Weighing these two competing interest and balancing same, I am of the view that not more than 20 days adjournment to enable the parties to conclude negotiations would be an apt time. If that is not achieved, no injustice at all would be occasioned the first accused if the trial were to resume while the parties attempt to conclude the negotiations.”

He said the court will proceed with the trial on the next adjourned date even if the parties have not reached an agreement “in order not to breach the first accused person’s (Ato Essien’s) right to fair trial within a reasonable time as spelt out by the Constitution.”

Justice Kyei Baffuor therefore adjourned the case to November 4, 2021, for continuation of the case.

Meanwhile, the court has heard that Ato Essien was indisposed, which was why he was absent from yesterday’s court sitting.

The three (3) are alleged to have misappropriated a total of GH¢620 million liquidity support given to the private bank by the Bank of Ghana (BoG), to enable it to service its maturing debts.

The accused persons, according to the prosecution, opened various bank accounts with Capital Bank through which the GH¢620 million BoG liquidity support was transferred, while others were carried in jute bags, popularly known as ‘Ghana Must Go’, to Ato Essien.

Another person, Kate Quartey-Papafio, CEO of Reroy Cables, who was facing three counts of conspiracy to steal, stealing and money laundering, was acquitted and discharged by the court for lack of evidence.