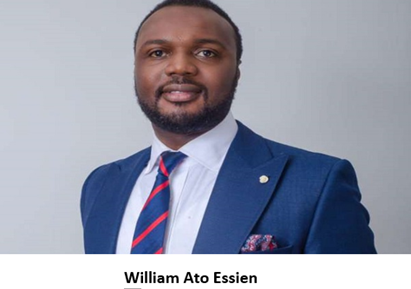 The Accra High Court will on July 8, this year, rule on a submission of “no case” filed by the Founder of the defunct Capital Bank, William Ato Essien, and three others accused of stealing depositors’ funds leading to the collapse of the bank.

The other accused persons are the then Managing Director of the bank, Fitzgerald Odonkor, and Tettey Nettey, the Managing Director of MC Management Services, a company said to be owned by Essien, and Kate Quartey-Papafio, a businesswoman. After the prosecution brought its case to a close, lawyers for the accused persons indicated to the court that their clients would formally apply to the court to discharge them by filing a submission of no case in line with Section 173 of the Criminal and Other Offences (Procedure) Act, 1960 (Act 30).

When the case was called yesterday, it came up that only lawyers for Odonkor and Quartey-Papafio had filed their respective submissions of no case although the deadline set by the court which was May 25, this year. Counsel for Essien, Mr Baffour Gyawu Ashia Bonsu, informed the court that he had a little challenge so could only file his client’s submission of no case last Wednesday. For his part, counsel for Nettey, Mr Addo Atuah, pleaded with the court to give him an extension of time to file, arguing that there was a mix-up with the date. The presiding judge, Justice Eric Kyei Baffour, a Justice of the Court of Appeal sitting as a High Court judge, initially declined counsel’s request, but eventually agreed. “I graciously grant extension of time for counsel for the second accused to file the written submission of no case by June 15, 2021. The Republic is to file a response to all the submissions by June 18, 2021,” he ruled. Justice Kyei Baffour then fixed July 8 for the ruling of the submission of no case.

Capital Bank was one of the first banks that collapsed after a massive clean-up of financial institutions by the Bank of Ghana started in 2017. On August 14, 2017, its licence and that of UT Bank were revoked by the BoG after it had declared them insolvent. The BoG allowed the state-owned bank, GCB Bank, to acquire the two banks in order to protect depositors’ funds and to also enable them to stay afloat. The hurricane that swept through the banking sector due to the collapse of the two banks further heightened in August 2018 when the central bank collapsed five other indigenous banks and merged them into one entity, known as Consolidated Bank Ghana.