BANKING SECTOR CLEAN UP: SOME CUSTOMERS YET TO RECEIVE THEIR MONEY – ERIC NIPAH 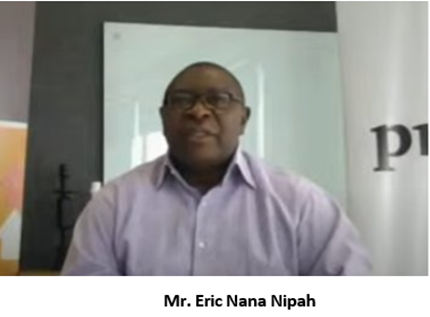 Hence, when the government released GH₵6.5billion, it was for the payment of depositors’ claims that had already been validated, he said. “When I was made, for example, receiver of the 347 microfinance institutions, there were 155 of this Microfinance which ceased to operate way before the revocation of their licenses, and so many of them do not have records, till this day we cannot locate those records.”

“What typically happens in that situation is that within 90 days of the company being placed into receivership, you are supposed to have submitted your claims, based on which I would review, validate and approve these claims and then admit them,” the Director of PricewaterhouseCoopers (PwC) said.

His comment comes after the Bank of Ghana revoked the class 1 banking licenses of nine banks, some microfinance institutions, and savings and loans companies during the financial sector clean-up. The move led to depositors’ funds being locked up. The Consolidated Bank Ghana (CBG) which is a merger of the collapsed banks was subsequently established. In 2020, the deputy Finance Minister said that more than 96% of depositors who had their monies locked-up from the banking sector clean-up “have been paid in full.” Charles Adu Boahen said 20% of the monies were paid in cash while 80% was paid in bonds. “The bonds were structured to pay out over four years,” he told MPs during the debate on the mid-year Budget Review in Parliament on July 28, 2020.

But speaking on JoyNews, Mr. Nipa told Samson Lardy Anyenini, on Newsfile, that there is currently an excess of over GH₵1 billion that needs to be paid to depositors who submitted their claims after the deadline on July 4th 2020. He explained that he does not have the money to pay the depositors, however, he is putting together a report to the Bank of Ghana and the Ministry of Finance to consider supplementary payment.

The PwC Director said that the payment of the funds, financed by the government, is part of the bailout scheme it set up to help clean the banking sector.  Meanwhile, the Finance Minister Ken Ofori-Atta, in March 2020 revealed that the banking sector cleanup saved about 4.5 million customers of affected institutions from losing their deposits.

He, however, revealed that a total of GH₵ 21billion was spent on the exercise. “We think we have done the best that the country deserves and the results show that we have a much stronger banking sector now than we had in 2017,” he said.