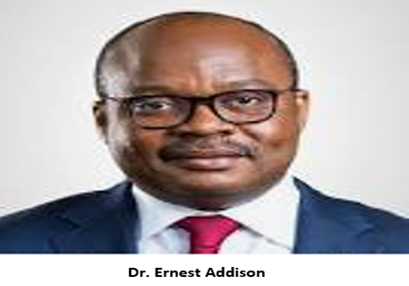 Court dismisses entire case as being without merit

A Human Rights Court in Accra has ruled that the Bank of Ghana (BoG) followed due process in revoking the license of UniCredit.

HODA Holdings Limited (HODA), the majority shareholder of uniCredit Ghana Limited (uniCredit), had filed a motion on notice for judicial review in the nature of certiorari to quash the notice of BoG dated August 15, 2019 declaring uniCredit insolvent and revoking its licence to operate as a specialised deposit-taking institution.

In addition, HODA also prayed the Human Rights Court for an order of injunction directed at the Bank of Ghana, their agents, assigns, privies and hirelings or otherwise howsoever described from interfering with the operations of uniCredit and to refer the subject matter of the application to arbitration.

After examining and evaluating the affidavits, exhibits and the various submissions by counsel for the parties, the court, presided over by Justice Gifty Agyei Addo, dismissed the entire case of HODA Holdings Limited as being without merit.

Mr Frank Davies was counsel for Bank of Ghana while Mr Adu Mante was the counsel for HODA.

The court, in its judgment, affirmed BoG’s resolution powers under the Banks and Specialised Deposit-Taking Institutions Act, Act 930. The court held that the steps taken by BoG in revoking the licence of uniCredit were in accordance with due process and were lawful.

In 2006, the institution was acquired by the HODA Group of Companies, and subsequently its name was changed from Kantamanto Savings and Loans Limited to uniCredit Ghana Limited in March 2007. The institution is currently overexposed to a related party, uniSecurities Limited, a sister company. The institution’s inability to access its funds from uniSecurities, even though overdue, has resulted in severe liquidity challenges and its inability to meet withdrawal requests of customers.

uniCredit Savings & Loans Limited was found to be insolvent with a negative capital adequacy ratio and negative net worth following the Bank of Ghana’s assessment as of December 2018. The Bank of Ghana directed the board and management of the institution to immediately inject additional capital to address the capital deficiency, but this has not been successful. The specific issues that led to the revocation of the licence of the institution included the following:

b. The institution’s adjusted capital adequacy ratio of negative 97.83% as at end May 2019 is in violation of Section 29(2) of Act 930. GH₵160.10m non-performing-related party exposures
This is mainly due to the non-performing-related party exposures of GH₵160.10 million to uniSecurities, which is far in excess of its negative net worth. c. The Institution has been breaching the statutory cash reserve ratio requirement since April 2018.

d. The institution is unable to meet the deposit withdrawals of customers due to its severe liquidity challenges. The Bank of Ghana has been receiving many complaints from the institution’s customers about their inability to access their funds. e. The institution has a high percentage of non-performing loans.

Dr Duffuor petitions Parliament over Unibank licence revocation
In a related development, Dr Duffuor, the former Finance Minister and founder of Unibank, has petitioned Parliament to investigate the central bank over the revocation of his bank’s licence.

In a statement set for discussion in the House, the former governor of the central bank petitioned the legislature to investigate the conduct of BoG in the takeover. Mr Duffuor also wants an inquiry into the appointment of an Official Administrator of Unibank Ghana Limited, as well as the circumstances surrounding the revocation of the bank’s licence in 2018.

He is also asking Parliament to direct the restoration of the banking licence of Unibank Ghana Limited by BoG and remedying the harms done to the shareholders’ property rights as a result of the conduct of the central bank. Dr Duffuor, the founder of Unibank in 1997 at a time when he was BoG Governor, also wants Parliament to give any other directives it deems fit. The bank was put into administration by the BoG in 2018 and then consolidated with four other defunct banks during Ghana’s banking crisis.