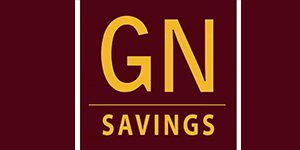 Over 400 customers of the defunct GN Bank (GN Savings and Loans) have so far received their locked up funds at the Sefwi- Asawinso branch of the Consolidated Bank Ghana (CBG). Mr. Bretuoba Asafo Akowuah, Sefwi- Asawinso branch Manager of the CBG Bank who confirmed the development said customers received text messages on their phones giving them new account numbers which they verified from their system before payment was done. He further confirmed that customers were asked to show proof of identity by providing either a voter Identity card, driver’s license, passport or biometric SSNIT card to initiate payments. Mr. Akowuah explained that some withdrew all that they had in their accounts, while others decided to continue doing business with the bank so they had to regularise the accounts for such customers. He appealed to other customers to visit the bank with their details since they were there to serve them. Some of the customers who spoke to the GNA, commended the government for the efforts, noting that they were worried that they might not be paid as was the case in some collapsed financial institutions. Some said they received the actual amount they had in their accounts while others said they witnessed minor changes, but expressed satisfaction with the development. They asked the bank of Ghana to educate Ghanaians on the “clean up exercise” in the banking sector and put in place measures to check the operations of the various financial institutions.