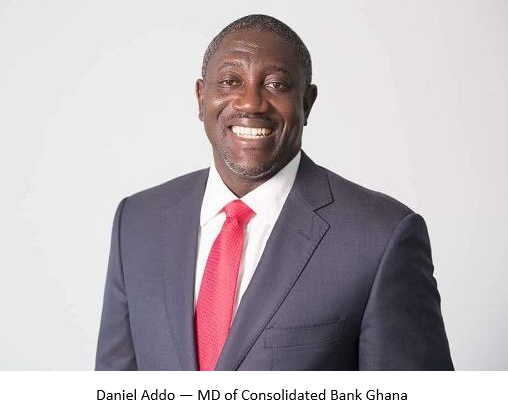 Customers of collapsed saving and loans, as well as microfinance, institutions, also known as specialised deposit-taking institutions (SDIs), can now heave a sigh of relief following the initiation of a process to pay the full amounts of their deposits to them.

The receiver and Official Liquidator of the defunct SDIs started the process yesterday, after the Ministry of Finance had announced that GH¢5 billion would be released to Consolidated Bank Ghana (CBG) Limited to be used to settle the deposits of the customers. The amount will benefit customers whose funds were held up in the 23 savings and loans companies (S&LCs) and the 386 microfinance and micro-credit companies that collapsed last year.

A press statement from the ministry and the CBG said the amount was a “combination of cash and bonds” and would first benefit customers whose claims had already been validated by the receiver and official liquidator. The CBG statement urged customers whose claims were yet to be validated to exercise patience while the two institutions carried out the validation exercise.

The Ministry of Finance statement said the GH¢5 billion released to CBG would be used to fully settle all validated claims due depositors of the failed institutions. “With this intervention, all depositors will now be paid in full,” it said. The decision to pay the full amounts of depositor funds locked up in the collapsed institutions was first announced by President Nana Addo Dankwa Akufo-Addo in this year’s State of the Nation Address last week.

In the statement to Parliament, the President gave an assurance that all depositors of S&LCs and microfinance institutions, including DKM which collapsed in 2015, would receive 100 per cent of their deposits once the validation exercise was concluded.

It thus asked the affected depositors to expect the receiver and CBG to provide them with a detailed plan and procedures to fully settle all outstanding depositor claims “in cash and fixed instruments once the claims have been validated, in line with the resolution process”.

Confirming the development in a separate statement, the Managing Director of CBG, Mr Daniel Addo, said the bank had, indeed, received the GH¢5 billion from the government and all was set for the full payment of funds to the affected customers.

Mr Addo assured them that their claims would be paid as soon as the validation was completed by the receiver. He said SMS would be sent to depositors when their payments were due by the receiver, adding that there was no need for them to go to the banking halls if they had not received notification by SMS to go for their funds.

Explaining the modalities for the payment of the outstanding depositor obligations, Mr Addo said “based on information to be provided by the receiver on depositors, CBG will open new accounts for all depositors whose claim(s) have been validated and agreed in the receiverships of the companies, and the SMS messaging that will be sent will communicate the account number and the amount due each depositor”.

Once a customer’s deposits had been paid, the MD said, depositors could access their funds at any of the bank’s branches. He, however, advised them to go to the branches with valid national identification documents, such as driver’s licenses, voter ID cards or passports.
“Corporate depositors will, however, be fully settled through a combination of cash and bonds,” he added.

The 23 S&LCs and the 386 microfinance and micro-credit institutions were collapsed last year as part of a far-reaching financial sector clean-up undertaken by the Bank of Ghana and the Securities and Exchange Commission.

Following the release of the GH¢5 billion, the Ministry of Finance said the “government would have so far spent about GH¢17.7 billion on the resolution process”. Giving a breakdown, it said GH¢11.65 billion was spent on the banking sector and GH¢6.1 billion on the SDIs and MFIs.

“We expect that the recent accelerated pace of prosecutions and intensification of the civil recovery process under the receivership will result in substantial recovery of the money for the Treasury,” it added.