Customers of Savings & Loans, Microfinance including DKM to get full Payments 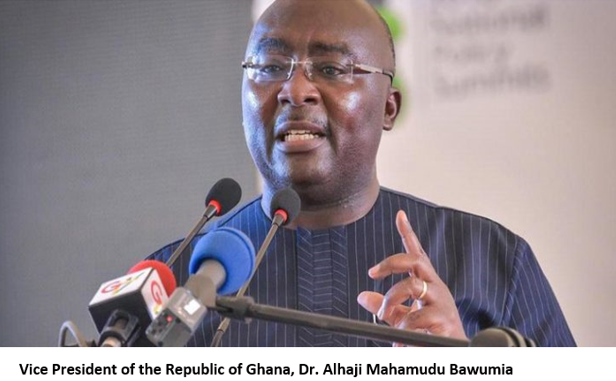 Vice President, Dr. Mahamudu Bawumia, says all customers of defunct savings and loans and microfinance companies will be paid their locked up funds in full, including DKM customers who were affected in 2015.

This is the second time a high government official has made the assurance following a directive by President Akufo Addo to the Bank of Ghana and the Ministry of Finance, to provide liquidity for the customers to be paid.

The Private Enterprise Federation (PEF), has however criticized government for not paying the customers despite these directives.

But speaking at a town hall meeting at Kumasi in the Ashanti Region, dubbed “Demonstrating Fulfillment of Our Promises”, Vice President Dr. Bawumia announced that all customers including customers of defunct DKM will also receive their locked up funds in full. “Government has already spent over GHC 13 billion paying depositors of banks and other financial institutions. To add to that, President Nana Akufo Addo gave the assurance in his last Christmas message that no depositor of a Savings and Loans or a Microfinance institution will lose any of their deposits. In line with fairness, we would be doing what we have done for depositors of banks to depositors of Savings and Loans or a Microfinance institutions. Everyone will get 100% of their deposits back. I would also like to add that this refund will also extend to customers of DKM who have not as yet received the full refund of their deposits. We are therefore cleaning up the mess the NDC created in the financial sector.”

The challenges with DKM financial services occurred under the previous National Democratic Congress, after customers lost part of their investments following a suspension of the company’s operations by the Bank of Ghana in 2015.

The Vice President also said the decision taken by the central bank to clean-up the banking sector was carefully planned and was not done in a haste. He explained that the nine indigenous banks had challenges that threatened the overall health of the banking sector and the Bank of Ghana was justified in its mass closure. He stated that the affected banks have engaged in acts that could be considered fraudulent with some procuring their licenses under fraudulent means coupled with poor corporate governance practices.

The weak nature of these banks, he said, threatened more than 4.6 million of depositors with several jobs on the line. He stated that the decision taken by the Bank of Ghana protected the deposits of about 5 million depositors, while jobs were protected due to the creation of the Consolidated Bank to merge seven of the nine banks.