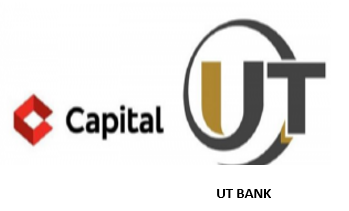 The Trials of owners and heads of defunct banks whose actions allegedly led to the banking crisis in recent years have been adjourned to latter parts f May due to restrictions imposed on the courts as measures to fight the Covid-19 pandemic.

A total of 19 persons who were involved in the running of the banks have been charged before different division of the Accra High Court for their alleged involvements in misapplication of funds of their respective banks.

Former Finance Minister Dr Kwabena Duffour, founder of defunct UniBank Ghana Limited, and eight other officers of the bank are in court from their alleged ‘dishonest’ spending of over GHS5.7 billion belonging to customers and investors of the insolvent private bank. Among the accused persons charged is the former 2nd Deputy Government of the Bank of Ghana (BoG), Dr. Johnson Pandit Asiama, under whose watch over GHS450 million was allegedly doled out to uniBank, without following laid-down procedures according to the Attorney General’s Department. Dr Duffour, Dr Asiama, Kwabena Duffour II, Ekow Nyarko Dadzi-Dennis, Elsie Dansoa Kyereh, Jeffrey Amon, Benjamin Ofori, and Kwadwo Opoku Okoh are facing a total of 68 charges, including fraudulent transaction and money laundering, but they have all pleaded not guilty to the charges.

The Founder and Chief Executive Officer of defunct Capital Bank, Ato Essien, the bank’s former Managing Director, Fitzgerald Odonkor, together with Tetteh Nettey, a former Managing Director of MC Management Service owned by Ato Essien, as well as a businesswoman, Kate Quartye Papafio, are before the court charged with 26 counts of conspiracy to steal, stealing, and money laundering. The four are alleged to have misappropriated a total of GHS620 million liquidity support given to the bank by the BoG to enable it to service its maturing debt. The accused persons, according to the state, opened various bank accounts with Capital Bank through which the GHS675 million BoG liquidity support was transferred to, while others were carried in jute bags to Ato Essien as payment for business promotion.

Former Chief Executive Officer (CEO) of insolvent UT Bank, Prince Kofi Amoabeng, and five others have been charged for their alleged conducts, leading to depositors of the bank losing money. The businessman and Dr Johnson Pandit Asiama, as well as four of his former employees, are before the court facing some 42 charges, including causing financial loss to the state. Mr Amoabeng is alleged to have transferred the investment some 15 companies totaling GHS51,334,387.08 and $8,799,917 from UT Bank to UT Holdings, a company he owns, without the knowledge and consent of the investors. Dr Asiama, on the hand, is accused of allegedly causing financial loss to the state by approving GHS460 million liquidity support for UT Bank, without following laid-down procedures. Apart from Mr. Amoabeng and Dr Asiama, other persons charged are Raymond Amanfu, former Head of Banking Supervision Department (BSD) at BoG from 2014 to October 2017; UT Holdings Limited  (UT Holdings); Catherine Johnson, former Head of Treasury who had also acted as the Head of Corporate Banking of UT and Robert Kwesi Armah, a former General Manager of Corporate Banking of UT.

The case involving Ato Essien, and others was to begin with the prosecution led by Director of Public Prosecutions (DPP), Yvonne Atakora-Obuobisa, set to call its first witness, but the Covid-19 restrictions affected the process. The other cases are at pre-trail stages as the Office of the Attorney General is taking steps to disclose all the documents it intends to rely on for the trial.

The cases have all been adjourned to late May 2020 as a result of the restrictions.