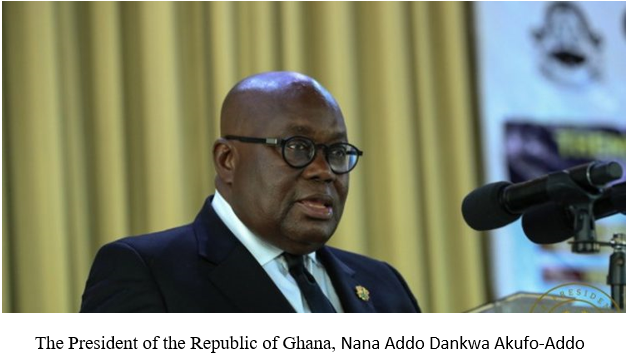 President Akufo-Addo has announced that the Receiver of the defunct Savings and Loans and Microfinance Companies will start paying locked up funds of customers from Monday, 24 February 2020.

The President disclosed that the Receiver is ready to disburse 5 billion cedis in addition to the 13 billion cedis that has already been spent on the financial sector clean-up.

His assurance comes not long after Vice President Mahamudu Bawumia also assured during a Town Hall Meeting in Kumasi that such customers would receive 100% payments of their locked-up funds, including customers of defunct DKM.

The Private Enterprise Federation (PEF), recently criticized the government delaying the payments after the President gave a directive to the Bank of Ghana and Ministry of Finance to provide liquidity to pay the customers.

Delivering his fourth State of the Nation Address in Parliament on Thursday February 20, President Akufo-Addo reiterated that all customers of the defunct companies will receive their monies in full. “I am informed that the Receiver of the Savings and Loans and Microfinance institutions will on Monday the 24th of February start paying most of the customers their monies totaling 5 billion cedis, being the addition to 13 billion cedis paid to customers of the failed banks.” He stressed that customers of defunct DKM microfinance company whose monies were locked up in the company in 2015, will also receive their total funds.