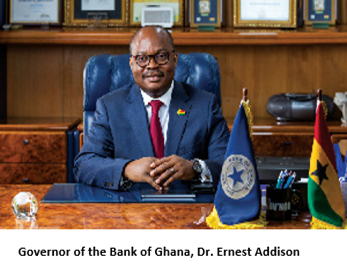 Banking Consultant, Nana Otuo Acheampong has admonished Governor of the Bank of Ghana, Dr Ernest Addison, to ensure during his second tenure that persons behind the collapse of indigenous Ghanaian banks in 2017 face the law. According to him, many depositors of these collapsed banks are still faced with uncertainties and hardship as a result of the collapse.

In an interaction with Citi Business News, Nana Otuo Acheampong pointed out that though some owners and managers of insolvent banks have been charged and granted bail by a court, it is still not enough. “On resolving the banks that had toxic loans, people are still waiting for some answers as to what happens to those who caused those toxic loans to be contracted in the first place,” he stressed.

“We know that one or two people are already in court, but is that all? For those in court, how soon are we going to see results? So those are some of the tasks he has ahead of him or he should have on his desk to attend to,” Otuo Acheampong lamented. The renowned banking consultant urged the governor to commit time and resources towards expediting the process leading to the apprehension of all persons involved in the ruin of banks.

In 2017 banks such as UT Bank, UniBank, Royal, Construction, Beige, Sovereign, Heritage and Premium banks had their licenses revoked and subsequently consolidated into one bank. Two others were also handed over to the Ghana Commercial Bank. The regulatory crackdown of these collapsed banks was based on poor business practices and weak capital positions resulting in a series of market exits.