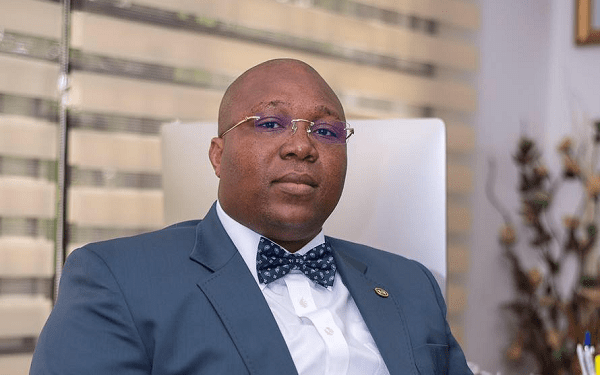 The Economic and Organized Crime Office (EOCO), has frozen the assets of Nii Kotei Dzani, a Member of the Council of State and founder and Director of defunct Ideal Finance.

According to Citi Business News sources, the action is to among other things intended to find ways to retrieve funds from him to pay back customers whose funds are locked up with the defunct company.

EOCO, upon a referral from the Receiver for Ideal Finance, invited Nii Kotei Dzani for questioning on three allegations; GHc 23 million paid to a client, 200 acres of land he allegedly stole from Ideal Finance, and unlawful use of Ideal Finance’s funds to build ‘Camp Tsaetse’, a resort in Ada.

According to the Executive Director of EOCO, COP retired Frank Adu-Poku, the assets include vehicles and about 31 bank accounts belonging to him and the Ideal Group. “We went to court and then had judgment for the accounts to be frozen. Right now, we’re trying to get information about other accounts that might not be known to us or which have not come to our notice.” “We’ve also gotten judgment to preserve most of his assets. Vehicles and landed properties of the applicant at Ada and Nii Sai Street, East Legon have also been frozen and confirmed by the court. The office is continuing efforts to track and trace other assets in the form of vehicles, landed properties, and a speed boats belonging to Ideal Finance and Nii Kotei Dzani,” he added.

Mr. Dzani had argued that EOCO was practically harassing him in a manner that made ‘nonsense’ of his status as a member of the council of state. According to him, the receiver in the case of the collapse of defunct Ideal Finance, did not afford him the opportunity to respond to issues against him before referring his case to EOCO to be investigated. He maintained that the referral to EOCO and subsequent invitations made to him to appear before the state agency and his arrest at some point, all amount to harassment and abuse of his constitutionally guaranteed right to presumption of innocence. He prayed the court that, given his reputation in Ghana, both as a member of the Council of State and a prominent businessman, he is due damages for loss of reputation, injury to feeling and false imprisonment.

But the court presided by Justice Afia Serwah Asare Botwe ruled that EOCO in its dealings with the Council of State member has been fair and at all times acted within the mandate of its establishing law.

According to the court, Mr. Dzani’s position as a Council of State member or as a prominent businessman does not bar him from investigations from properly mandated statutory bodies; thereby dismissing Mr. Dzani’s application for an injunction.

The injunction’s dismissal would pave way for the Economic and Organised Crime Organisation (EOCO) to proceed with its investigations of the businessman over allegations of money laundering and tax evasion in the collapse of the finance house.