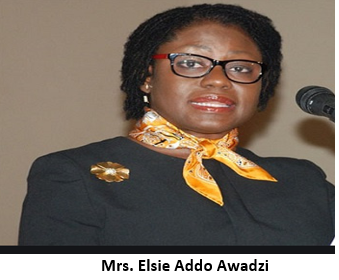 Out of GH¢ 6.5 billion in deposit claims validated by the receiver of the failed specialised deposit-taking institutions (SDIs), GH¢6.39 billion has been paid in cash to depositors, the Second Deputy Governor of the Bank of Ghana (BoG), Mrs. Elsie Addo Awadzi, has said.

With that payment, she said, there was now an outstanding amount of GH¢110 million, being claims of related parties of the defunct institutions who played active roles in their management and control. “The clean-up of the SDIs sector was necessary. First of all, the law under which we regulate these institutions requires that we revoke their licenses when they are no longer able to honour their obligations to their customers,” she said at the BoG/SDI media sensitisation workshop in Accra yesterday.

Savings and loans companies, finance houses and microfinance companies, together with rural and community banks, constitute the SDIs sector, which is regulated under the Banks and SDIs Act of 2016 (Act 930). The institutions have been licensed by the BoG to provide access to finance for segments of society that are not able to access financial services from commercial banks. The SDIs are expected to accept small deposits and provide small loans for micro/small businesses and informal sector business operators.

Following the clean up of the SDIs sector, there are 25 savings and loans companies, 15 finance/leasing companies, 137 microfinance companies and 144 rural and community banks currently operating. Mrs. Awadzi said although the BoG had revoked the licenses of 347 insolvent microfinance companies and 39 micro-credit companies on May 31, 2019, it was important to note that 155 microfinance and 10 micro-credit companies had already ceased operations and had been dormant for a number of years. On August 16, 2019, the BoG revoked the licences of 15 insolvent savings and loans companies and eight insolvent finance house companies. In order to mitigate the recurrence of mass failures in the SDIs sector, the bank had revamped its supervision of the sector and was working on new rules on corporate governance and risk management to guide operators in the sector.

According to Mrs Awadzi, that segment of the financial sector formed the bedrock of Ghana’s economic development that could be harnessed and nurtured to become strong economic actors. “Together, the SDIs sector has contributed significantly to our nation’s socio-economic development by serving individuals and micro, small and medium-size enterprises. But for the SDIs, a big vacuum would have existed in our financial system today,” she said. As of the end of July 2020, she said, the assets of SDIs constituted 8.47 per cent of total banking sector assets, and that their base and loans made up 7.70 per cent and 14.28 per cent, respectively, of the entire banking sector. “Savings and loans, finance house and microfinance companies currently operate through 1,070 branches nationwide, serving about 1.5 million individuals and businesses, offering thousands of jobs and providing loans for commerce and finance, salaried workers, transportation and communications, agriculture, forestry and fishing, small-scale construction, mining and manufacturing amounting to about GHc5.7 billion as of July 2020, with loan amounts per customer ranging from a little over GHc1,000 to GHc20,000 and beyond,” she said.

Mrs. Awadzi said in spite of the achievements of the SDIs sector, it had faced challenges over the years, adding that “many of the microfinance companies that were licensed from 2012 were ‘grandfathered’ into the then new microfinance licensing regime, without the requisite due diligence done on them”.

Several of them, she said, had operated for a number of years without regulation, and on being licensed, continued with business as usual, without complying with licensing requirements and other regulatory norms and without understanding that as financial institutions, they had to operate under prudent management and strong internal controls to ensure the safety of their depositors’ funds. Moreover, she said, a number of savings and loans companies and finance houses also strayed away from their mandates under the licenses issued by the BoG and tried to operate as banks, without the requisite amounts of capital or the expertise to manage the risks they were taking.

“Instead of taking small deposits and lending small amounts of money per customer, they took on large deposits and made large loans and placed significant amounts of funds with other SDIs and related parties, with little or no prospect of getting back those funds. “Essentially, it is these factors — poor capitalisation, poor business models, poor governance and risk management and, in some cases, fraud and dishonesty — that led to many of these institutions collapsing in the last few years, starting with the famous or infamous DKM in 2016 and subsequently many more,” she said.

Mrs. Awadzi said it was important to protect depositors of the institutions whose deposits had been locked up for months and years and the public that continued to do business with those institutions without knowing their true finance condition. “The safety of the financial system was at stake, as confidence in the entire system was being eroded. The public simply did not know the difference between an SDI that was distressed and one that was not. “Once the public began to see signs of certain SDIs being unable to honour their obligations to their customers,  they started to demand a return of their deposits from other financial institutions, leading to challenges for those institutions that were otherwise strong,” she said.

In a presentation, the Head of the Banking Supervision Division of the BoG, Mr. Osei Gyasi, said but for the clean-up, about 10,000 jobs would have been lost. For his part, the Executive Director of the Ghana Association of Savings and Loans Companies, Mr. Tweneboah Kodua Boakye, among other things, charged the media to support the growth and expansion of the sector. He said they should contact the financial institutions involved when clients lodged complaints with the media, especially regarding delayed payments, before publications.