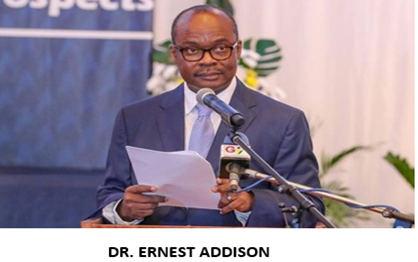 After spending some GH¢25billion of taxpayers’ money to settle depositors of various financial institutions in a radical clean-up, only GH¢1.7billion of that cash has been recovered so far in almost four years since the beginning of that exercise – a situation the regulator has blamed on slow processes of the judicial system. According to data from the Bank of Ghana, as of March 2021 only GH¢1.5billion had been recovered from the banking sector; GH¢132.1million from the savings and loans sector; GH¢77.1million from finance houses; GH¢33.5million from micro-finance institutions; and more than GH¢870,000 from micro credit companies. The amount recovered represents just 6.8 percent of the total money spent on the clean-up programme.

Meanwhile, information from the Governor of the central bank, Dr. Ernest Addison, indicates government spent some GH¢25billion in cleaning up the sector and paying depositors their funds which were locked up with the defunct financial institutions; but progress made in recovering that colossal amount has been very disappointing due to the judicial system’s slowness.

“We are very far from the target. If we have been able to recover just about 7 percent of the work that is done, then it is not encouraging. Part of this problem is what’s going on in our courts; things are not moving as quickly as one would have expected,” he told journalists at a press conference in Accra.

To make up for the losses, government has introduced a new tax for the banking industry this year, known as the financial sector clean-up levy, which is a 5 percent levy on profit before tax of banks – a move that was met with high resistance from the Ghana Association of Bankers but to no avail.

“The financial sector clean-up and the refund of monies to depositors have restored investor confidence and protected the hard-earned savings of millions of Ghanaians.  However, this has come at a huge cost to government. Government will therefore introduce a financial sector clean-up levy of 5 percent on profit-before-tax of banks to help defray outstanding commitments in the sector. The levy will be reviewed in 2024,” the budget statement stated.

Background of the financial sector clean-up

On August 14, 2017, Ghanaians woke up to the shocking news that two local financial institutions, UT and Capital Banks, had their licenses revoked by the Bank of Ghana, as their financial statements showed the two banks were living dead (insolvent).

Then a year after, in August 2018, seven other banks – uniBank, Beige Bank, The Royal Bank, Construction Bank and Sovereign Bank – were also declared insolvent and had their licenses revoked. Again, the regulator cracked the whip on Heritage Bank and Premium Bank in January 2019, with the former said to have obtained its license through fraudulent means and the latter also declared insolvent. All these banks’ assets, with the exception of UT and Capital Banks which were taken over by the GCB Bank, have been transferred to the Consolidated Bank Ghana Ltd.

The show did not end there: in March 2019, the Bank of Ghana further revoked the licenses of 347 microfinance companies which were declared insolvent. Then in August the same year, 23 Savings and Loans companies also had their licenses revoked. These actions, according to Finance Minister Ken Ofori-Atta, have cost government some GH¢13.6billion.