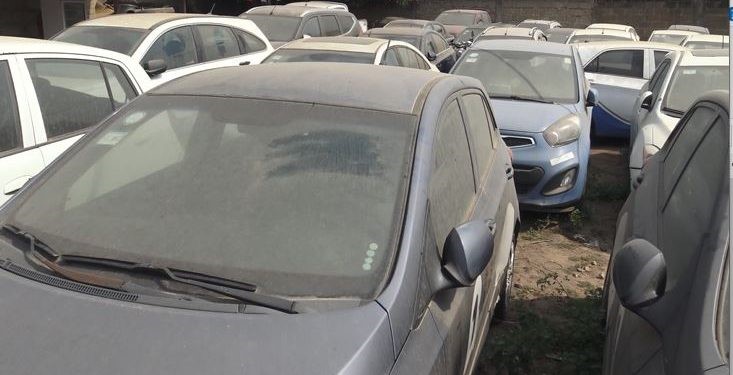 The Receiver for the collapsed microfinance and Savings Loans companies, has raked in about 2.6 million cedis from the auction sale of the first batch of confiscated vehicles owned by the defunct companies.

The 5-day exercise is part of efforts to recoup monies to pay affected depositors.

A variety of salon cars were put up for auction throughout the week, with a little over 100 cars sold. These comprised vehicles belonging to the defunct companies or in some cases vehicles used as collateral by customers who could not pay off loans granted by the companies.

The auctioneers started off the week with a relatively challenging time as some prospective buyers criticized the process and beneficiaries of some of the bids. This prompted a change in pricing with the introduction of a reserved price, below which no car will be sold. Again, the payment process was reviewed from a two-hour window of ready cash payment to approximately five hours, after which a bidder loses his or her bid.

Spokesperson for the Receiver, Philomina Kuzoe in an interview with Citi Business News said the process was largely successful. “I think the process has been good, sales have also been successful even though on the first day we were overwhelmed by the number of people that trooped in, but it was managed well. If there are any mistakes that we have realized, we will go back and correct them,” she said. Commenting on the next line of action for all unsold vehicles, Madam Kuzoe hinted at a possible revaluation of such vehicles. “For the vehicles that were not sold, we are going to get the valuers to revalue them and then we will add them to the next batch that we will be selling and auction as well,” she remarked.

On the last day of the auction however, three of the fourteen vehicles were not bought. These included two Mitsubishi Pajeros which are 2016 registered, and a Toyota Land Cruiser which is 2017 registered. Some prospective buyers attributed this to the relatively high reserved prices quoted by the auctioneers which were 170,000 and 270,000 cedis respectively.

Meanwhile, the Receiver is expected to announce another round of auctioning when adequate assets have been realized in the receivership process.