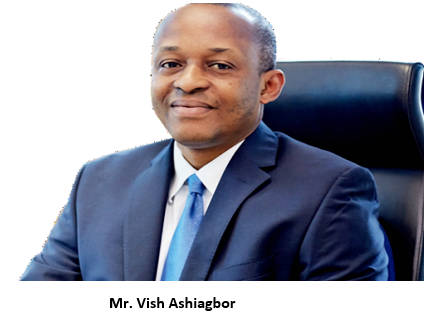 One of the receivers of the defunct Capital Bank, Mr Vish Ashiagbor, yesterday took the witness box to testify as a prosecution witness in the trial of the Founder of the bank, William Ato Essien, and three others who have been accused of collapsing the bank.

Mr. Ashiagbor and Mr. Eric Nana Nipah, both Directors of PricewaterhouseCoopers (PwC) Ghana Limited, were appointed by the Bank of Ghana (BoG) in 2017 as the joint receivers of Capital Bank after the central bank determined that Capital Bank was insolvent and subsequently revoked its operating license.

They have pleaded not guilty to various counts of stealing, abetment to stealing, conspiracy to steal and money laundering.

In his testimony before the Accra High Court, Mr. Ashiagbor testified that an investigation by the receivers into the affairs of Capital Bank revealed suspicious transactions at the bank, especially with regard to a GH¢620 million liquidity support given to the bank by the BoG between June 2015 and November 2016.

For example, he said, Essien took GH¢27.5 million of the liquidity supports and used it as payment for business promotions.

Also, he testified that GH¢130 million of the liquidity support was given to a company known as All Time Capital to be used for the purchase of commercial papers, but the amount ended up being used to set up another bank, known as Sovereign Bank.

The witness further said GH¢70 million of the liquidity support, which was part of a financing arrangement supposedly meant to discount the invoices of three companies who had executed work for the Department of Urban Roads (DUR), was transferred to the account of the fourth accused person, Quartey-Papafio, a businesswoman. The businesswoman, he said, transferred the amount back to Capital Bank to be used for the purchase of shares of the bank.

“Our investigations revealed that the transaction was part of a financial reengineering scheme adopted by Capital Bank to give the appearance of raising new capital,” Mr. Ashiagbor testified.

During cross-examination, counsel for Essien, Mr. Thaddeus Sory, attacked the report which detailed the alleged suspicious transactions at Capital Bank on the procedure used to prepare it, as well as its content. In terms of procedure, counsel sought to make a case that the report was not done in conformity with the Banks and Specialised Deposit -Taking Institutions Act, 2016 (Act 930), and also it revealed a clear case of conflict of interest. Mr. Sory, through his line of questioning, put to the witness that the report was done by PwC, but per Act 930, it was not the PwC that was appointed as the receiver of Capital Bank but rather Mr. Ashiagbor and Mr. Nipah.

Mr. Ashiagbor agreed with counsel on the point that per Act 930, a receiver must be an individual and not a corporate entity. He, however, added Act 930 permitted a receiver to engage the services of other professionals and institutions in the discharge of his duties. “We, as joint receivers, used the services of PwC to prepare the report,” he said.

Mr. Sory then said such a move would amount to a conflict of interest because the joint receivers were also directors of PwC.

The witness disagreed and explained that the BoG recognized the fact that the joint receivers were directors of PwC before they were appointed as receivers.

“I believe the reason for that acknowledgement is that the BoG expected us to use the professional expertise that exists at PwC to discharge our responsibility,” he said.

Delving into the report itself, Mr. Sory tried to prove that the transactions Mr. Ashiagbor had described as suspicious were actually genuine transactions. For instance, with regard to the GH¢70 million which resulted from the discounting of invoices for three companies, counsel asked the witness if the DUR had issued payment certificates to the three companies, to which the witness answered in the affirmative.

Mr. Sory then asked the witness if his investigations showed that Capital Bank had written to the DUR to confirm those payment certificates, to which Mr. Ashiagbor again answered in the affirmative. Counsel then made a case that Capital Bank had valid payment certificates from the three companies before it discounted the invoices and, therefore, the bank conducted due diligence in that particular transaction.

Mr. Ashiagbor answered that during investigations, the receivers did not find the said payment certificates. “That was one of the reasons we found these transactions to be suspicious,” he said.

The cross-examination will continue on July 16, this year at the court, presided over by Justice Eric Kyei Baffour, a Justice of the Court of Appeal with additional responsibility as a High Court judge.

Capital Bank was one of the first banks that collapsed after a massive clean-up of financial institutions by the BoG started in 2017. On August 14, 2017, its license and that of UT Bank were revoked by the BoG, after the BoG had declared them insolvent. The BoG allowed the state-owned bank, the GCB Bank, to acquire the two banks in order to protect depositors’ funds and also enable them to stay afloat. The hurricane that swept through the banking sector due to the collapse of the two banks further heightened in August 2018 when the central bank collapsed five other indigenous banks and merged them into one entity — Consolidated Bank, Ghana.