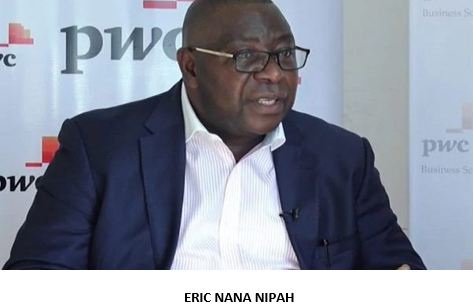 The Receiver of the defunct 347 Micro Finance Companies, 23 Savings and Loans and Finance Houses, Eric Nana Nipah, says customers who have not received their claims, should be able to access them by the end of July this year. According to Mr. Nipah, he has already paid about 96% of customers, and is hopeful of completing the remainder by the end of July 2020.

Speaking on the Citi Breakfast Show, Mr. Nipah also said he has been able to save the country 1 billion cedis by scrutinizing fictitious claims. “For depositors, we have come a very long way and I have been able to determine that actually, the depositor base in the three Receiverships is in the region of GHS 5.4 billion by value of valid depositor claims that I have received. And out of that, I have been able to pay close to 96% of these claims,” he said.

He also noted that about 98% of all the depositor claims will be paid in cash, while the remaining 2% will be paid through a combination of cash and bonds. “I am on course to fully pay 98% of all depositor claims by way of cash. The two per cent that remains is being paid through a combination of cash and commercial paper which we commonly refer to as bonds”. He further noted that, “through the very effective and robust validation mechanism that I have put in place, I have also been able to save the nation close to a billion cedis by way of robust and resilient validation processes,” he added.

Meanwhile, former employees of the defunct companies are also to receive their outstanding claims before the end of July 2020. This follows the completion of negotiations between the Receiver and Representatives of the workers. “The money should start hitting their accounts within July; before the end of July 2020. So let me give that assurance that the month of July, there will be a commencement of payment of employee related claims”. This comes after the Bank of Ghana agreed to pre-finance the full outstanding salaries and negotiated an exit packages of the former employees.

The Bank of Ghana, between 2017 and 2019, revoked the licenses of nine local commercial banks and over four hundred financial institutions comprising Micro-finance, Savings and Loans as well Finance Houses, for violating various regulations guiding their operations. This affected about 4.6 million depositors whose monies could have been lost completely had the regulators not taken the action. It all began in August 2017, when the Bank of Ghana (BoG) gave GCB Bank Ltd the green light to acquire two local banks UT and Capital bank due to severe impairment of their capital.