THE REFUND OF DEPOSITORS’ MONIES 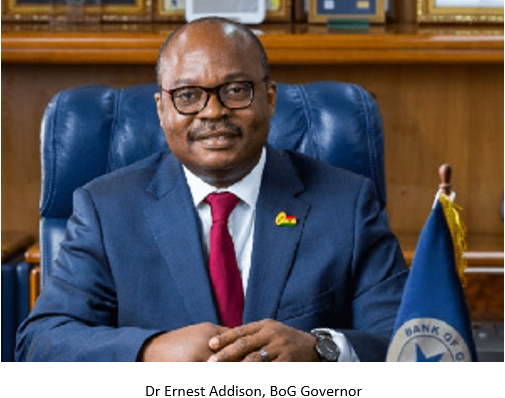 Government has announced that it has allocated GHc5 billion for the complete refund of all deposits placed by the banking public with the savings and loans companies and the microfinance institutions that were liquidated in mass by the Bank of Ghana last year. This confirms the promise made by vice president Dr Mahmud Bawumia recently in Kumasi at his latest town hall meeting with the general public.

The announcement marks a departure from government’s earlier policy stance, dictated by fiscal constraints last year, which forced it to place a GHc20,000 cap on refunds to depositors. The decision to make full refunds brings its stance in line with that applied to deposits in commercial banks that were liquidated between 2017 and 2019.

Initially, government had obviously hoped that recoveries by the receivers it had contracted to wind up the affairs of the liquidated financial intermediaries would make up the gap between its cap on refunds and what was actually due to depositors. However, it has since become clear that just as with the liquidated commercial banks, most of the lost monies will not be recovered; so far only about GHc1 billion out of GHc10 billion anticipated has actually been recovered.

Thus, government was caught between leaving depositors to lose much of their monies, along with their confidence in financial intermediation, or refunding those monies and taking a severe hit on its already precarious fiscal position. The debate as the preferred option will continue to rage.

This newspaper simply holds the view that it was government’s call to make, which it has gone ahead to do. Support for, or opposition to that decision by the public will form part of the considerations that will go into the voting decisions made during the next general elections scheduled for late this year.

However, we find it imperative to point out that government’s refunds only apply to financial intermediation institutions that were duly licensed by their regulators. Thus, for example, it will not apply to customers of MenzGold, who chose to believe the celebrities who supported that institution rather than the regulatory authorities who warned that it was not duly licensed to engage in the activities it was carrying out.

This should serve as a crucial lesson for the banking public going forward. Regulators have the final say and have the best information as to the activities of the institutions under their purview. Just as importantly, the banking public should realize that those regulators will not be in a hurry to warn them off during the early stages of a deposit taking institution’s financial troubles because doing so would all too easily cause a run on deposits and thus forestall any possibility of restoring its financial stability and solidity.

Therefore, the banking public needs to learn how to judge the safety of each deposit taking institution as a haven for their savings and investments by themselves, using basic informative ratios such as capital adequacy and liquidity. These ratios are quite easy to understand and deposit taking institutions are required by law to display them in their respective banking halls.

The banking public needs to be warned that the refunds now being financed by an already cash-strapped government will not happen again. Deposit insurance has now commenced but coverage is severely limited to retail sized deposits; a depositor who leaves large deposits in an institution that goes under stands to lose most of the money deposited.

Ignorance is no excuse under the law; going forwards financial ignorance will be no excuse either.